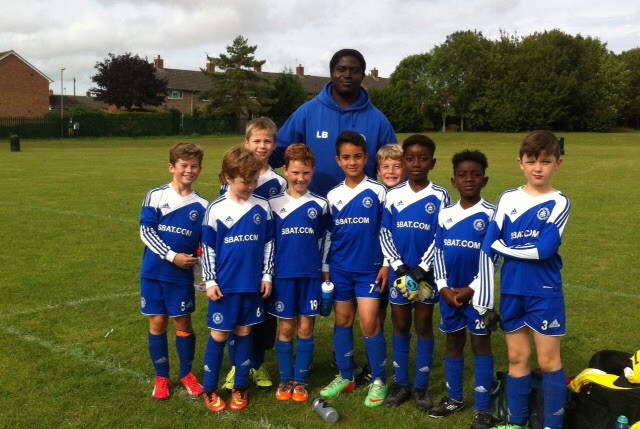 ATYFC U9 White travelled away to a much anticipated away game following a dream start against Winklebury Wizards Blue last week.

Within 2 minutes into the match, Man of the Match Oliver Williams slotted in a brilliant pass from Xavier Cash. And again Oliver was in the best position to fire home a through pass from Jalil. The first half ended on high as players from both teams displayed excellent passing and movement with the ball.

Straight after the break, Patrick McDonnell was quick off his line to score a great goal by individual effort. Following on from his hat trick during the previous match Patrick quickly banged in another goal to guarantee 3 points for the team.

As if that was not enough, super sub Fegus McMahon managed to find the goal three times 15 minutes before the end of the game.

The pick of the moment came when Louis who was bored in goal had the chance to come outfield. He quickly linked up with Benjamin to score his first goal of the season. Benjamin and Louis again linked up, but this time it was Benjamin who had the last laugh by scoring a superb goal.

All said and done the two brothers Abed and Carl Brown were impenetrable in the defence as they managed to get yet another clean sheet for the team.

It has been an excellent start for the boys as they have managed to win 2 games out of 2 with a 21 goal margin.

Next, we are playing home to Oakley Yellow. No pressure!!!