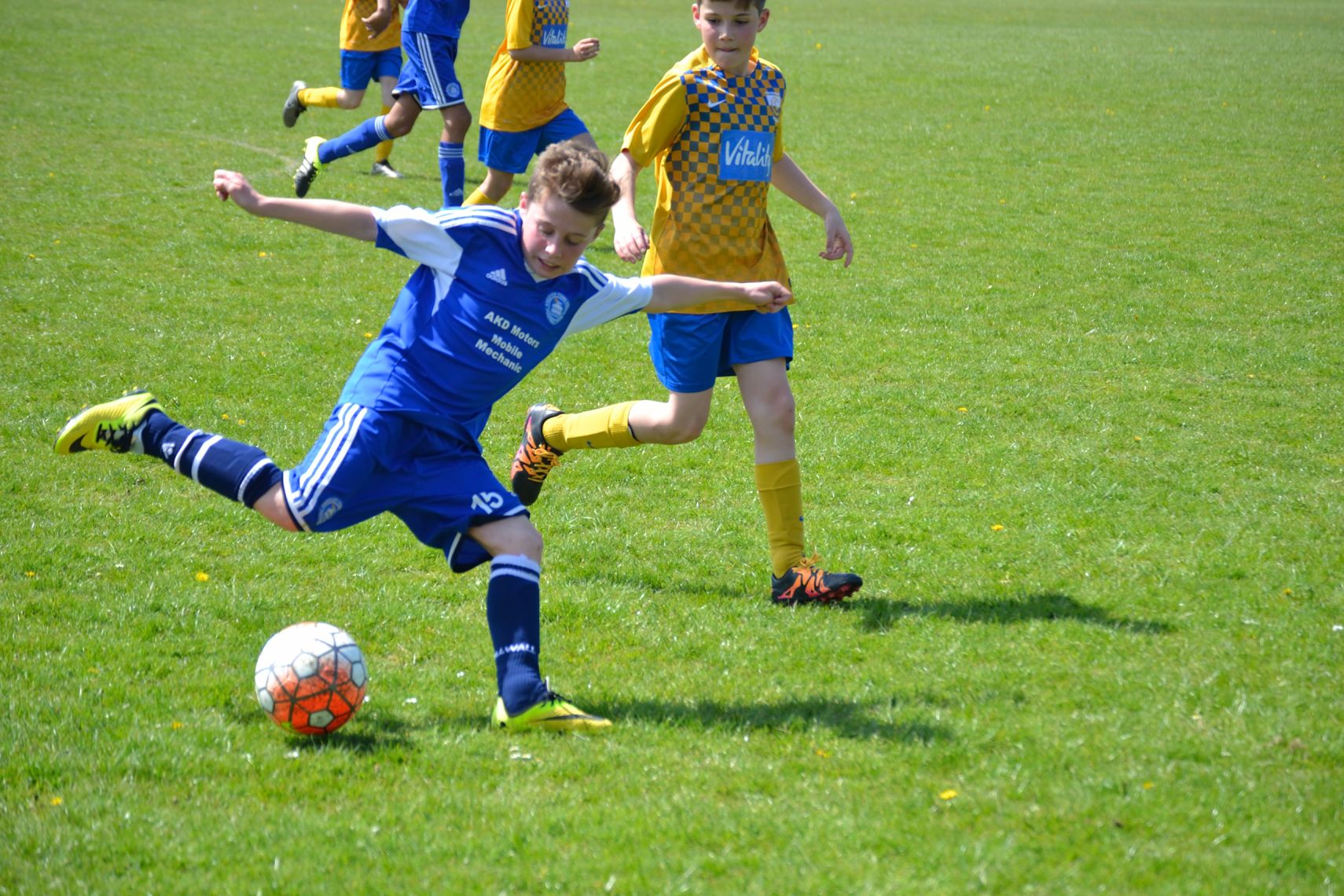 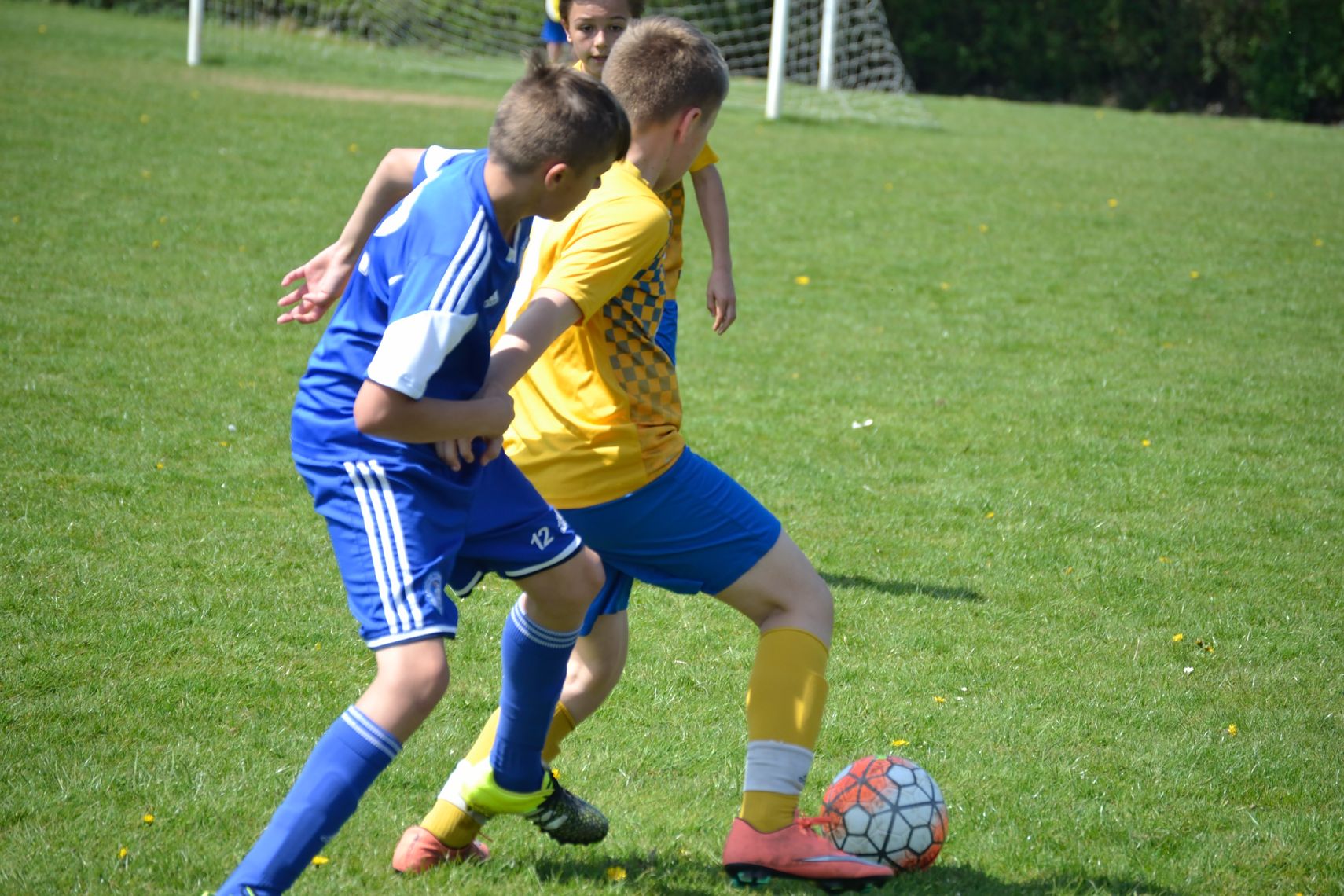 The final game of the season and Darren Reeves agreed to host the game at the Walworth. To get the game on, Darren also arranged a ref and supplied a player for West Berks, who arrived with 8 available . The Berks Manager rightly appreciated the effort and the demonstration of fair play, there is no benefit to either set of players to contest an uneven match.

A massive thanks to Colin and Harvey Heaton, Colin stepping in at the last minute to ref the match, Harvey, who plays for the 12s White, sportingly agreed to play for West Berks to make a 9v9 match. There was still plenty to play for, Town still required at least a draw to confirm out right second. The sun was bright and we had Walworth to ourselves, this may well have been our last game at the ground.

The game kicked off and Town went straight into their passing game, retaining possession and moving as a unit. Town pushed further forward and started to create a few chances, some great link up play between Brandyn Reeves and Cayden Brooker. The midfield were winning most battles and looked full of energy, Cai Jones flying up and down the left wing. Josh Williams anchoring the defence and starting attacks. James Sygrove and Leo Ferro were combining well and driving at the Berks defence, chances were being created.

The deadlock was broken by Cayden Brooker with a fine finish cutting in from the left, Cayden has recently not scored at his usual rate and for him to continue to keep making the runs and still have the confidence to shoot, shows this is his natural position. The half finished with the Blues pressing for a second, every player giving everything for the cause.

The second half started and with changes and the team took time to settle, once they got the ball down, they drove forward again. The play was focused in the Warriors half, Brandyn Reeves found himself clear on goal and clinically slotted home. Having been asked to play a little deeper this term, Brandyn still managed to score consistently and provide creativity in attack.

West Berks replied with a goal shortly after, the Blues had to re engage and continue to press the ball. Some of the passing and movement was exceptional, The two Callum’s Woods and Lowe, chasing every ball. As the pressure increased, Callum Lowe arrowed a shot into the net, he showed his ruthless finishing is still part of his armoury. Callum is also starting to add a fantastic work ethic to the finishing, giving the team another dimension.

Just when the game looked finished, West Berks scored again, Harvey Kane showed great vision and composure to guide the ball home. This was no more than Harvey deserved, he played in different positions during the match draw praise from both sides. Showed us all that at the end of the day, we all just love playing football, well done Harv!

As the match and season drew to a close, the coaching team started to relax and enjoy the style and level of skill this group of players have reached this term. Each and everyone of this team has contributed to the overal success that this season has provided, the saying “as strong as the sum of its parts” has never been more apt. Well done to Cayden Brooker for winning top goal scorer for the season, fine achievement considering only adopted the striker position during the season.

The most satisfying thing for any coach, is to see the things you have introduced and developed within the group be displayed on match day. We have seen these skill and decisions being used and evolved, the boys have also grown as people and are starting to take responsibility for their roles within a group, this is also very satisfying.

To conclude, at the start of the season, the management team were hopeful for the boys to learn at this higher level. Try to consolidate and push next season, to find ourselves with three games remaining, still with every chance of the title, unbelievable! Too win two of the three games, finish clear second and get back to back promotion, too the Premier league, unbelievable! Consider also, our fellow promotion rivals Whooton Hill, finished rock bottom with four points, shows how far these lads have come. We have all been swept away by the footballing journey these boys are on, it is why recently myself and Darren have referred to the team as a family. The kids, parents, grand parents, coaches and fellow club members have all ridden this amazing roller coaster ride and contributed to our footballing family.

I would also like to make a special mention to Pete Askew our club secretary and our Chairman Simon Timms, Pete always helps whenever asked and frequently arrives at games to cheer on and offer encouragement when needed. Simon is always there to offer advise and gives every bit of support to allow this team to operate and improve. Next episode is the Tournament season, which starts next weekend, let’s see where this will take us! Thank you to everyone who has put so much into this team and allowed us to perform at our best throughout the season. You all know who you are! JP 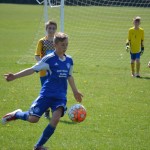 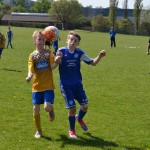 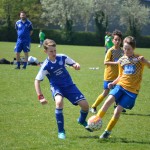 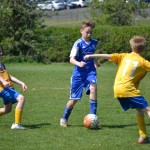 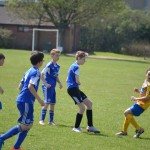 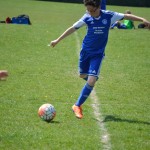 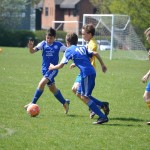 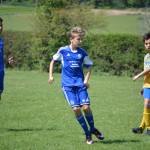 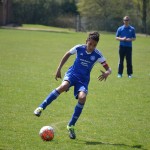 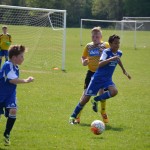