Title Push Hits A Bump In The Road

Its Christmas finally and that means one thing for coaches and parents……….Its time for a well deserved break! That only after a visit to the main threat to Andover for the title this season….FC Cougars.
Our previous encounter with them was enough evidence that they were a good side, but I have no doubt that they felt a similar way about us, so we were going to be in for a great match.

As kick off approached we tried to gear the lads up for a physical encounter, but most importantly to focus on their game. We felt that if they could retain their shape, retain the ball, use the width, win the ball in the 50/50 challenges and take their chances, then why couldn’t we win?

Now it is fair to say that it was a very positive start from both sides, Andover playing the ball around and using the wide areas, but Cougars were relying on the Long Ball into their front runners and it was becoming apparent that the pace was going to trouble the back line if they were not alert!

As the half moved on, Andover found the pressure growing and the quality of their football started to drop. It became apparent the pace was becoming an issue and as the ball started to by-pass the midfield, the defence began to get more and more overrun. It was only a matter of time before Cougars would score and in a short space of time Andover found themselves down by 3 goals!

The brightest spark for Andover was Isaac, he just seemed to be able to waltz his way down the left and looked dangerous with the ball at his feet, but he could not change the direction of the half. He managed to curl one effort towards the top right hand corner after a mazy run, but the Cougars keeper tipped it superbly over the bar. It was just not to be in the first half for Andover and the gods just didn’t seem to favour us as our luck was confounded when as Andover were looking like scoring and were pressurising the Cougars back line, another long ball drilled in behind the defence left James open to a one on one and it quickly became 4-0.

Halftime the boys seemed a little deflated and understandably so. Despite the quality of some of their play, they found themselves 4-0 down and unsure what they could do. We talked about some of the things that they could do to help change the game. Firstly they had to be on the Cougars players first touch, no space or time to be given. Secondly they had to stop watching the ball by-passing them, it had to be cut out so they could not build up a head of steam and utilise their pace. The third thing was about being strong in the tackle, winning the ball and not to bottle the hard tackles. The final and most important thing was to ensure that they played their game, use the width, get bodies in the box and go out and win the half.

So the boys went out with some clear instructions and some hope, which was soon distinguished when another goal flew passed James and now we had to hope the boys did not capitulate and the game turn into a cricket score.
It has to be said however, the boys just did not give up and after a couple of chances it looked like a little luck had fallen our way. When Andover were awarded a free kick, Daniel hit the ball from outside the area and with the help of a deflection, the ball nestled in the net and there was a chink of light on a cold gloomy day.
This then looked like a foothold in the game when Andover secured a second goal for their efforts. With a ball fed from the defence into Charlies feet, he turned and knocked it past his man. With great pace he flew down the right and as he got to the by-line a shout of pull it back came up from the three players filling the box to support him. Charlie obliged with a nice ball across the box and the ball came to Isaac who stayed composed to turn inside his defender to move the ball onto his right foot and slot home, it was now 5-2.

The action now switched to the other end of the pitch when Cougars probably finished of the game as a contest with a 6th goal and also were awarded a Penalty when it appeared that Daniels shoe lace had flapped about in the wind and the Cougars player fell over this loose piece of Daniels boot. Credit to all the boys for how they reacted to this, they did not say anything to the referee and just prepared for the net to bulge. So a large piece of justice was served when James found the ball safely in his hands to stop the ball from going in and keeping the score at 6-2.

So as the game came to a close, it was fair to say the boys had not played to the best of their ability, but also they had shown in patches how good a side they are. Some days you need to take away the positives and the bits and pieces that you can work on and move forward. After some recent games against opposition that were just not up to the standard of Andover, the boys had finally found themselves in a game. The all important factor will be ensuring that we beat them in the return encounter and put the ball firmly back in our court and continue that push for the title. This title isn’t over yet, we will still fight on!

The Man of the Match duty was again down to the supporters and it was a great choice as always with Isaac taking the recognition this week (Your medal will be with you soon).

So my final words of 2017 are to say, Thank you for all your support over this year. We would not have a team without you and Andy and I appreciate the fact that you trek along with us to show your support for the team. Come rain or shine it makes a difference to have so many parents and family members watching (Hell we often have more people supporting in away games than the home team!)
Thank you to those that have stepped up and run the line, the teas and coffees and of course the Bacon Sandwiches. Together we are a great team.

So from Andy and I, we wish you and your families a Very Merry Christmas and a happy New Year. Here’s hoping 2018 will finally see the fruits of our labour and that deserved success for the boys. 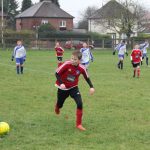 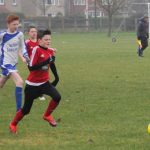 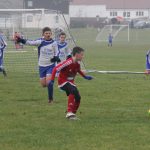 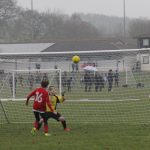 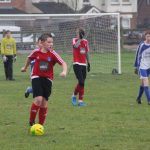 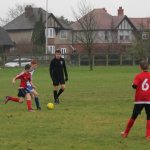 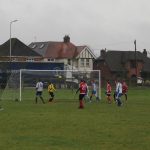 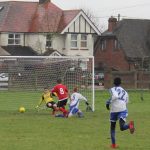