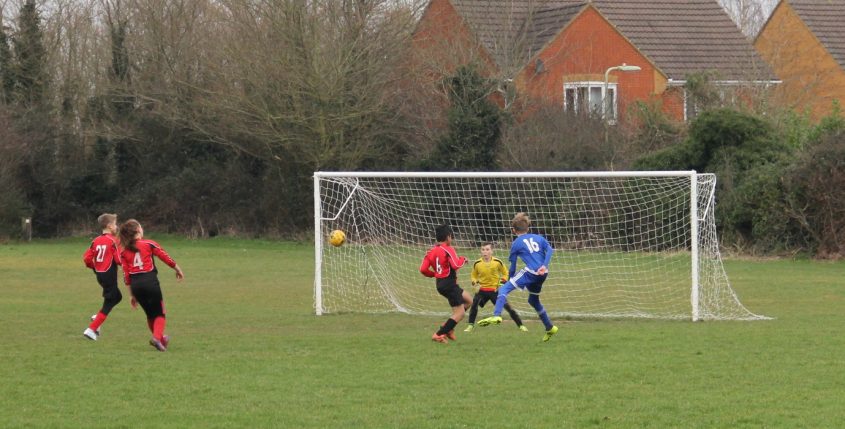 After our defeat before Christmas at the hands of FC Cougars, it gave us some new stuff to work on at training. So the focus on Saturday was around how the boys as a team deal with the loss of the ball and how they change from an attacking set up to a defensive set up.

This did involve us looking specifically at how Cougars had beaten us with the long ball put in behind our defenders and what we can do to stop this from occurring.

So after spending a bit of time pumping the ball long, which I am keen to add is totally opposite to how the boys would normally play, it was hoped that they would not take this part of the session into Sundays game and revert to pumping long balls downfield.

So with a strong squad at our disposal and Newbury as our opponents, it looked like we would be in for a treat and a suitable challenge to get the boys back up and running for the final push of the season.

Right from the off, the boys took control of the game, this was through a mixture of quick passing, snapping into challenges, but also Newbury seemed to be standing off and allowing Andover the time and space that they needed. The significant point here is, the boys have not always taken advantage of early pressure, but this was not the case today.

It looked like the boys had turned up with their A-game and where not in the mood to go easy on Newbury.

The ball was being distributed with great effect down the right to Charlie who found himself able at will to attack the full back and beat her. This lead to the first goal of the day, with Charlie attacking the channel and hitting the bi-line and with an accurate pull back to find Joe who like all good strikers was in the box ready to pounce. So it was 1-0 and this was soon to change, with further forays down the right, Charlie was looking more and more dangerous. So when Harry picked a pin point pass out from the centre of the midfield to Charlie down the right, he continued his run into the box and smashed the ball past the Newbury keeper.

This theme continued through the first half, plenty of balls played out wide, attacks down the middle and some good ball retention. This combined with some solid defending from Finlay, Daniel and Owen who snubbed out any threat that grew, but also James was looking sharp, sweeping up anything that got beyond the backline. It was a one way tide and with wave after wave of Andover pressure we added another 4 goals and 2-0 quickly became 3-0, then 4-0, then 5-0 and finally 6-0.

A very impressive first half came to a close and the score line was looking beyond Newbury, but not at all flattering to Andover.

Halftime team talk really was full of praise for how the boys had approached the game, it was clear that the impact of the training session from Saturday had not had the negative impact that it could have had. The one thing that was emphasised was not to allow complacency to set in, ensuring that they kept the shape, did the job that they needed to do and we wanted a clean sheet.

The second half had a slightly different feel. Newbury seemed to be able to snuff out the early threat from Andover and even apply a little bit of their own pressure. It was clear however, the Andover defence were very determined not to be breached. Daniel showed some great determination when a counter attack came our way, he chased back and stayed calm finally catching his man, stepping across the front of him and winning the ball without conceding any foul. Owen stepped forward on several occasions to intercept the ball before it reached the Newbury player, snubbing out the threat before it came to anything and Finlay and James both showed that they would not allow the defence to be breached with some alert and calm defending.

The only thing that seemed to be happening was the tiredness seemed to be setting in and the shape was starting to look a little ragged, chances were not being taken and Newbury although out of the game, looked to try and get a consolation goal.

As always, the boys did not stop fighting and when the 7th and 8th goal was slotted home, it finally knocked any fight out of the Newbury team and the final goal when it came was deserved and put the gloss on a very good performance and yes that clean sheet that we talked about was delivered.

The all important roll of honour for the boys is as follows:

Also the all important Man of the Match went to Charlie. The team did perform well as a whole and it was a great way to start the New Year and gives hope that we can finish the season with a winning streak that can leave us in the position that we hope will leave us at the top of the tree come the end of the season

So thank you for your support on another cold day, thank you Colin for running the line, it was good to see you fully fit again. Most importantly thank you to the boys for delivering a great team performance.

See you on Saturday
Thanks 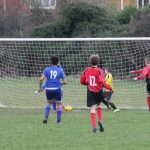 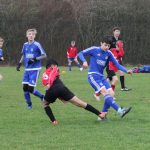 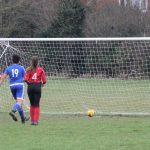 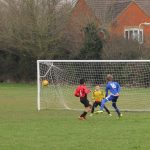 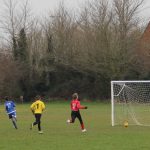 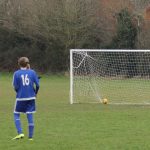 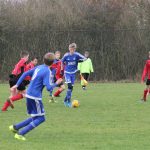 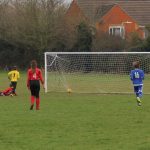 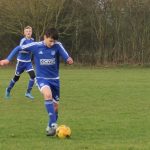 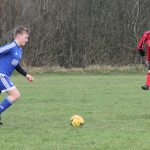 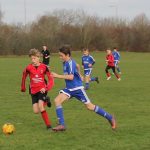 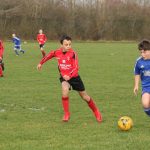 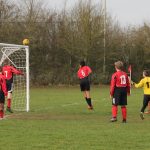 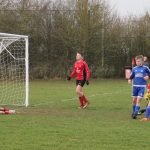 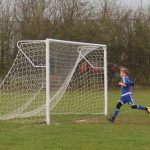