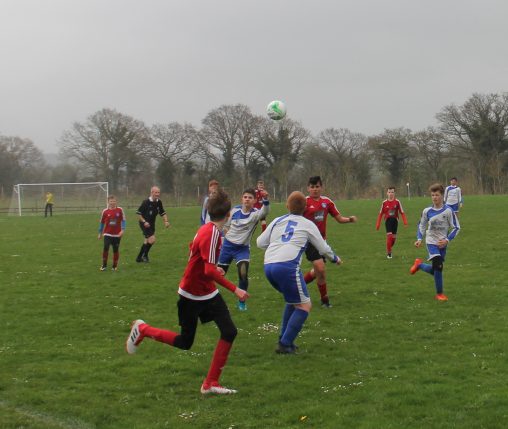 Well we made it! The end of the season is here! Its been a long drawn out season, but I think despite many ups and downs, the season ending leaves me in high spirits for what the future holds.

Rather than write a report on the match on Sunday, I thought I would write more of a review of the season. The result on Sunday and more importantly the performance shows the journey that we have been on and how far the boys have come over the season. Despite losing 3-2 to the league winners, we could see that the boys are equipped to either step into the premier league or mount a challenge to win the Division 1 title next season if they remain in the Division. Yes there are things to work on, but all those objectives can be achieved by the boys.

So lets cast our minds back to September. Hopes were high in the camp that we had the tools to mount a title challenge, but we knew that we would come up against some tough opposition over the season that would also feel that they had an opportunity to win the league.

September started with promise, a 7-1 demolition of new comers to the league Winklebury Wizards and a hard thought 1-1 draw with old rivals Thatcham Blue soon were forgotten when a retched performance saw newly promoted Thatcham Tornadoes Black win 3-1 and left Andy and I scratching our heads. What should have been a routine win, made us realise that our old nemesis of just not being clinical when you have the bull by the horns was still with us.

Not to be defeated we took to the training ground and looked to work on our ball retention, passing and feeding the wide areas to ensure that we could provide the forwards with the opportunities to be clinical. Also looking to ensure that we were in control of games and not chasing the ball around for long periods.

So October started with the silent treatment! The FA initiative of silent weekend saw Andover show that they can do it without the background noise of me and Andy and they started with a 5-1 victory over Thatcham Blue, so again the spirits were raised and the title tilt was well and truly back on. This was then put on hold as Cup runs began and ended! Newbury from the premier league knocked us out 3-0 in one cup, but a fabulous day out for the boys at The Portway Stadium saw them win on penalties against Andover Town Youths other under 13 team and bragging rights was theirs. It has to be said the boys performed superbly in this game and the whole match was a credit to the club. No further action was seen in October, but the hard work was still continuing on the training ground, so here was hoping we would see the rewards in November.

So after a couple of weeks off we got back to the grindstone. Training had seen a change in focus with us looking at trying to have a plan B. With some great wing play being utilised, we needed to look at alternatives and see if this was not working how the boys could break down a team through the central areas.

So the first game was Overton and it seemed that the hard work had paid off, the 10-0 demolition of them came from the boys changing from Plan A to Plan B and with clinical finishing. A very positive start came crashing down with a loss to Oakley in the Cup, so our cup runs came to an end and all the focus would be on the league. With a further two victories in November 5-1 against Winklebury Wizards and 10-0 against Newbury left the boys in confident mood and sitting top of the league going into the pre Christmas fixtures.

The hope from training in December was to continue the good work started around first touch and ball control, but to add to this a desire to win the ball back quickly, close down the space and really hassle the opponents when they had the ball to force the mistakes.

So when you leave Tadley with a 12-0 victory it would appear that all the focus points at training and all the performances were coming together nicely and we were definitely on for a title challenge. The Christmas break was to arrive however not bearing gifts, but instead a loss against the biggest contenders to our chances to the title in FC Cougars. A loss of 6-2 was a sobering pre Christmas result.

New year and some new plans. Andy and I agreed that despite the loss to Cougars, the boys played well but we did not adapt to the opposition. It was felt that we needed to look at how we hold our shape against a team, in particular how we transition from an attacking shape to a defensive shape and vice versa. Also looking at adapting to the opposition, such as with cougars they were given to much space behind the defence as we held a high line.

January would see us with plenty of opportunities to work on this as the weather caused cancellations or the opposition cancelled! So we only had one match in January which was another good victory of 8-0 over Newbury.

The same problems with waterlogged pitches and Frozen pitches almost wiped out February also. With only one match again, it started to appear to impact the boys as they ground out a 4-1 victory over Overton, but it was a rusty kind of performance. Training had continued with a lot of focus on transition from Defence to attack and attack to defence shapes, winning the ball back quickly and some counterattacking. This was trying to focus on the tactics that would help us with the last two fixtures of the season and securing second in the table, as by now we knew that FC Cougars had won the league.

Almost a complete write off, March finally saw us return to league action after the Beast From the East had chucked the worlds supply of Snow on the UK! Well the way we struggle in this country when it snows, you would certainly think so anyway!

The training action plan looked to be paying off as the boys played superbly against the arch rivals for second spot in the league Thatcham Black. It was probably the most entertaining 0-0 draw I have ever seen, but it was not the result we needed as we knew that the remaining game would see the Champions in town and the three points needed would be tough to secure.

So that would bring us to April and the end to an exciting, compelling but ultimately frustrating season for the boys. Finishing 3rd in the league is no shame and some of the football has been excellent.

The boys have developed as a team over the season, showing that they have the ability to play attractive attacking football but also have shown how strong defensively they are. The boys have desire and determination and can really dig in, they have not folded under any pressure and have stepped up when the going gets tough.

The defence have grown into a solid unit and are also learning to step forward with the ball. The midfield are learning to cover this and to hold shape not being so gun ho at times and the attack have sharpened up and did become a more clinical outfit.

We can see they are not the finished article, work will need to continue on these areas, so we are prepared for whatever next season holds for us. It will come down to being more consistent and bringing all the training ground efforts into matches, then I think we can deliver the trophy that this team deserves.

As always, no matter what happens on the training ground or the pitch, we can not do it without the support of you. The parents, the grandparents, the aunties and uncles and any other member of the family that comes to matches and brings the boys to training.

The Teas and Coffees, The Bacon Rolls, The Linesman, The Cheers, The Shouts of positive support for the boys, it all adds up. We rely heavily on everyone playing their part and being a part of the team, so from Andy and myself, Thank You.

One last push now before the summer break, its tournament time. So lets see what happens this year, I’m sure the boys will do us proud and who knows, we may even win won!

Also don’t forget to get your votes to Andy for Parents player and ask your son for the players player (Top 3 please 1st vote gets 3 points, 2nd Vote gets 2 points and 3rd vote gets 1 point). 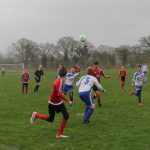 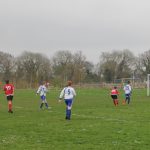 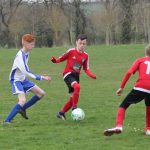 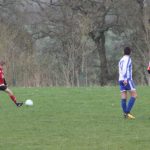 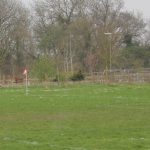 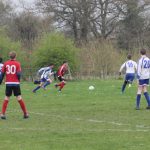